Liveware has published Dodonpachi Resurrection in Switch, the new port of the classic ship of Cave.

The game, originally published in recreational in 2008, is a Bullet Hell in which we must face hundreds of enemies and bullets while surviving and, if applicable, we accumulate as high scores as possible. The quarter of its series (which began with Donpachi in 1995 and who helped popularize an entire subgenre), Resurrection is one of those who have moved a lot: in 2010 it came out in Xbox 360, then jumped to mobile and in 2016 ended up arriving Steam.

The switch version is similar to that of PC, and includes all the content of the port of 360 plus the Black Label mode, which in Xbox was a DLC payment. 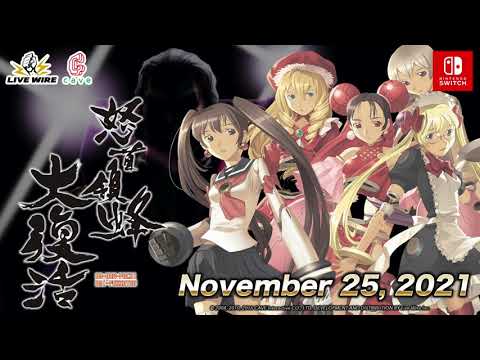 If you want to see the game moving, nothing better than to take an eye on the tremendous trailer that Liveware has published.

This Dodonpachi (which in Japan is titled Daifukkatsu, in case you see it with that name somewhere) is the third of the ports of Cave Games that Liveware announced at the Japanese Nintendo Direct of E3 this year. The first was Mushihimesama, who came out on the same day that was announced; In September it was turned on Espgaluda II, a port especially interesting because at the time the 360 ​​version did not come out of Japan. On this second we write a few months ago, applauding the port and the game itself, which is masterful:

It is a masterpiece of the design à la cave and also a very hard game, still giving so many tools to put things easy. From the first moment the enemies spit bullets at an endeavored rhythm, and in a matter of seconds the larger patterns begin to appear; The agile rhythm of the game makes them look a little more overwhelming than they really are: the kahuna needs many bullets on the screen at all times, but usually even the more overwhelming patterns leave clear holes by casting or drawn halls More or less explicit, although from the third level pulling shield to break walls that seem otherwise inferred, it becomes more and more necessary.

More in our analysis, which you can read here.