Today at 9:00 am Update 3.3 goes online for Battlefield 2042 and supplies the crisis-shaken shooter with bug fixes, changes to control and key assignment as well as the long-demanded revised score display.

In addition to the new placed team against team view, for certain team modes such as conquest, breakthrough, Rush and Team Deathmatch, the losses were also included in the statistics.

The game overview has also been revised and now includes current ingame ping, game information, target progress and tickets as well as personal statistics such as kills, assists and losses. 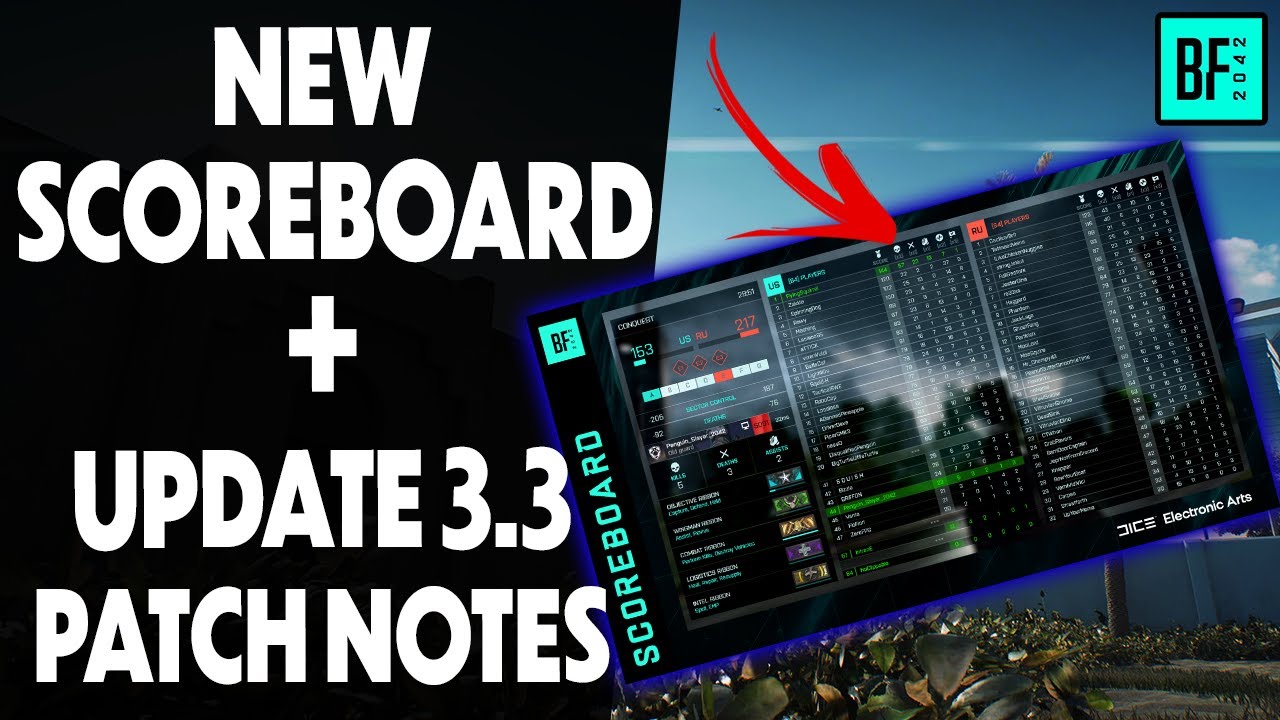