Puzzle & Dragons Nintendo Switch version will be on sale for about a month for 100 yen from August. In line with the transcendental update delivery

GungHo Online Entertainment will carry out a major update of PUZZLE & DRAGONS Nintendo Switch Edition on July 14th. At the same time, it was announced that the same work will be sold for 100 yen from August 1st.

PUZZLE & DRAGONS Nintendo Switch Edition is a puzzle RPG Puzzle & Dragons series work that defeats monsters in the dungeon with a puzzle that connects and erases 3 or more drops of the same color. Three types of game modes are recorded. First, in Adventure Mode, you will explore the dungeon where monsters await, either solo or in cooperative play with up to four players. Aim to capture all dungeons. Competition mode is an online mode in which eight players participate and compete for scores to reach the top. You can enjoy world matches where you can play with players from all over the world, and friend matches where you can create rooms and play with your friends. There will also be a COM match where you can fight against the computer and practice. It was released in February this year for the Nintendo Switch.

The regular price of this work is as easy as 500 yen, but it is said that it will be sold for 100 yen from August 1st to August 27th. There is also an in-game billing factor, and you need to subscribe to Nintendo Switch Online to play online, so you need to pay for parts other than the game to enjoy everything. However, it is big that you can buy it for 100 yen. It seems that they are aiming for the importance of summer vacation for students. 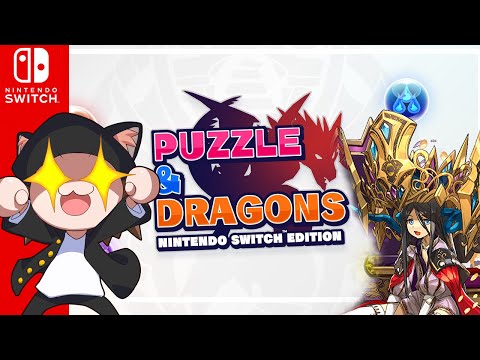 In the same work, Transcendence Update which will be Ver1.1.0 has been delivered from today, July 14th. The contents are as follows:

-Nightmare dungeon has been added to the adventure mode. ・ If you clear the adventure dungeon 10. Magisa Plateau, the helper function will be released. ・ Double the number of dungeons in adventure mode ・ As new gachas, heroine gacha 2, dragon and legendary hero gacha, and dot gacha have been added. In addition, avatars and teams, edit parts, awakening badges, BGM and skins have been added. ・ A large number of achievements that will allow you to spin gacha for free have been added. -Implementation of helper rental as a new element. By setting the player who played with you in the online match as a helper, it became easier to clear the dungeon. ・ The frequency of event dungeons, which had been held twice a month, will be changed to once a week from August 2022. -Available for some teams in all dungeon of Friend Match in battle mode and permanent dungeon of World Match. -Added a UI for left-handed people ・ Furigana None setting is possible ・ Rank upper limit raised to 120 ・ The period for automatically deleting dungeons uploaded to Dungeon Square has been extended to about one year.

In addition to strengthening the end content, it is a full update that adjusts the playability. Please refer to the official website for details. It would be a wish that many people would play the game on this occasion. On August 1st, when the 100 yen sale will be held, a transcendental edit mode contest using the edit mode will also be held.

PUZZLE & DRAGONS Nintendo Switch Edition is on sale for Nintendo Switch for 500 yen. The summer sale, where you can purchase this product for 100 yen, is scheduled to be held from 9:00 on August 1st to 23:59 on August 27th.